A donation to the YMCA of Greater Boston Annual Fund ensures that the YMCA is there for those who need it most.

The Parkway Community YMCA branch distributes hundreds of thousands of dollars to those who came to the Y for help.  This financial assistance is provided to children and families in need, ensuring no one is denied access to programs and services due to an inability to pay full fees. Our gift to the Annual Fund makes that assistance possible. 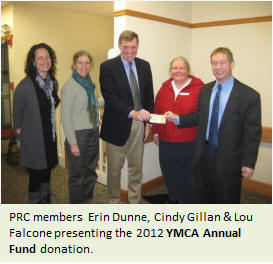 Each yuletide season, Globe Santa receives tens of thousands of requests from children and families suffering from a tragic occurrence and struggling to get back on their feet in time for Christmas.

Since 1956, Globe Santa has received more than 2.4 million letters from children and families in need of assistance. Those letters are from families that can’t afford to buy Christmas presents for their children because of illnesses, loss of a job, sudden loss of a house, or even an untimely death of a parent.

Contributors to the Globe Santa fund generously donated over $1 million yearly, with all of that money going to buy toys for children throughout Eastern Massachusetts.  Each year, Globe Santa provides presents to about 45,000 kids in the Greater Boston area, and about 200 kids in the West Roxbury area. 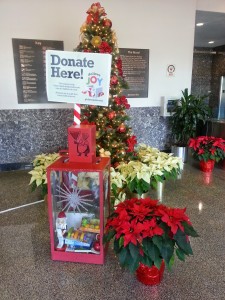 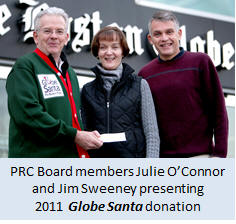 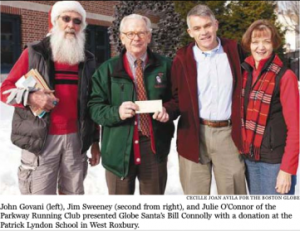 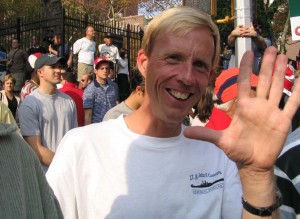 Walter Burgess Scholarship Fund was founded in 2004 by the Parkway Running Club of West Roxbury, MA as a tribute to Walter Burgess.  Proceeds are used to send deserving young runners to the American Running Camp in his memory.  The response to the fund raising campaign is overwhelming.

We encourage all high school and adult runners to apply.